Why Are The Golden State Warriors So Good? 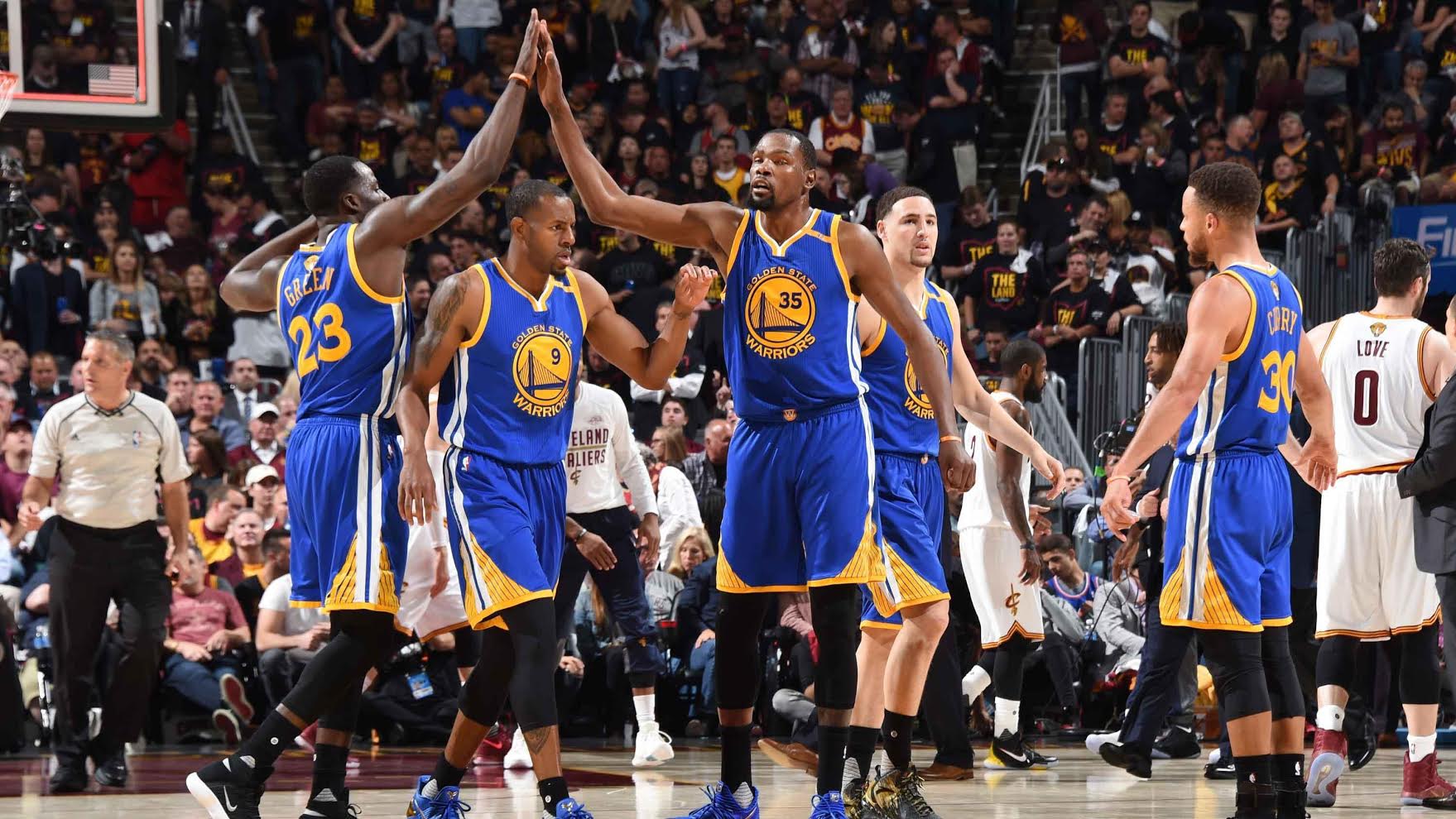 Well that seems like a pretty easy answer. Steph Curry, Kevin Durant, Klay Thomson, Draymond Green, Andre Iguodala. They simply have more talent than any other team in the NBA. But time and time again in sports and in business having the most talent doesn’t guarantee you will win championships.
KD said himself: “hard work beats talent, when talent fails to work hard”. Here are 3 reasons the Warriors are so good that go beyond their obvious talent level.


The Warriors Have Tremendous Leadership.

The culture & leadership of any great program starts from the top down. The Warriors ownership, management, and coaching staff led by Joe Lacob, Bob Myers, and Steve Kerr have created a culture that people want to be a part of. Steph Curry said this about Myers & Kerr.

“They are very personable and are connected to every single person in our organization. And it’s very genuine, that goes a long way.”

Kevin Durant said this to assistant coach Bruce Fraser back in October:

“He didn't need a championship, Durant told Fraser, though of course he hoped to win one. He wanted a new experience, and from afar in Oklahoma City, the Warriors' culture looked appealing. After a month, Durant was ready to offer an early conclusion: "It's even better than I thought".

2. The Warriors Are Unselfish.

When Kevin Durant signed with the Warriors last summer much of the conversation was could he co-exist with so many other star players? A few days after he signed, Steph Curry said the following:

“Curry told Durant in a text message that he could care less about who is the face of the franchise, who gets the most recognition or who sells the most shoes (Curry is with Under Armor, Durant with Nike). The two-time NBA MVP also told Durant that if Durant won the MVP award again he would be in the front row of the press conference clapping for him. In closing, Curry's message to Durant was that all he truly cared about was winning championships and he'd like to do that as his teammate.”

When your star players like Curry and Durant are humble and care about the team first that permeates through-out the entire team and organization. Last year Klay Thomson averaged 24 points in the playoffs. This year he averaged 14 points in a reduced offensive role but was called on to guard the other team’s best player every game. Klay when asked about his different role said this:

“I don’t feel like I sacrificed at all. I’d rather be a part of something that could leave a legacy. There is more to basketball than getting yours or being the main guy. I hope I do this for a long time with the Warriors”

3. The Warriors Have Fun.

Basketball should be fun. Whether you are 11, 21, or 31 years old if basketball isn’t fun you will likely burnout and perform far below your ability. Having a strong culture, strong leadership, and a spirit of unselfishness, are all reasons the Warriors have so much fun. Winning makes basketball more fun too but there are still examples of successful teams who were miserable along the way. Many of the Warriors veteran players say these last few years have been the most enjoyable seasons of their careers. When you love your job, and love the people you are working with you are bound to be more successful.